It has been some time since I wrote this. The first draft has been lying on my desktop, waiting...waiting...since May to see the light of day! In fact right after my birthday in May. 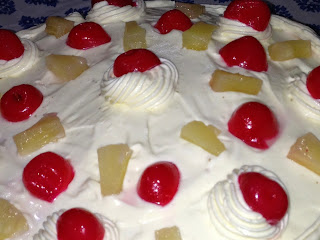 It was my birthday!


I woke up tired, still sleepy (we'd had a very late night) but so happy! I was with my family after a very long time. As I sat and sipped my tea, I reflected over the past years. I was up on the stairway to heaven: fifty eight stairs up.

It had been a long, arduous journey at times and I saw myself heaving up those stairs. It had been lonely; sad and painful. I sat down often and I spoke to my friend up there. I asked him things. Things I wanted to understand. But most of all I asked for strength to go on. He answered all my questions, but not always right then. Nevertheless, they were answered when I could best benefit from the answer.
There were days I had stomped up those steps seething with anger as the angry tears rolled down my face, because words failed to express my wrath. And in direct contrast there were those times I  skipped and danced up the stairway, bouncy and bubbly, singing or humming or whistling a tune. I also recalled simply gliding over the steps as if on wings...my heart was so light my feet barely touched the ground. That was the upward climb. But can a climb always be without its slips and falls?
I had stumbled on more than one occasion; I had even tumbled. Did that slow me, or make me want to stop and stagnate? No. The journey was never a problem. It was one I was eager to travel on; to move on. It wasn't one I would have chosen given a choice, with the benefit of hindsight. I doubt if anyone would, if they could peep into the future. So did I regret it? Did I regret the choices that took me on a sojourn of sorrow, pain, fear, abandonment and rejection? I can say with complete honesty, never. Perhaps in a moment of brokenness  I might have wondered if I had made a mistake in choosing the path I had, but that was never the final conclusion. With every step I advanced or rather crawled, that does sound dramatic but it was the speed at which I travelled, I realised I was on the right road. It was just that often times fear, insecurity or plain bad judgment, made me take a wrong turn or make stupid choices. I am human and I don't have 'super' prefixed to my natural state of womanhood, so I am entitled to blunder my way through! What matters is that though I might have strayed from the chosen path at times,  I returned and carried on regardless of the world and its opinions.


I would love to say, "I did it alone," but that wouldn't be true. I would never  have accomplished getting this far through major ailments, distress and grief, limited funds and less to rely on materially if it wasn't for God and my sons. But most of all it is because of my best friend Jesus, who watches out for me all the time, every time. I could not have done it then and I can do nothing now without Him. Though there was turmoil outside and I would grumble or get annoyed, inside of me there was a calm; a peacefulness, not the kind this world can give but the kind that only the Lord can give. I put every word in the Bible to the test. I put my God to the test and He never failed. I cast all my burdens on Him and He gave me rest. I carried my yoke and the burden was light. I was grateful and thankful at all times because there was always something to be thankful for. There were amazing moments, miracles, wonderful people, and unbelievable goodness from quarters unexpected...there were streams in the desert! From this gratefulness stemmed my joy. A joy that welled from my soul. A deep sense of contentment in any circumstance and love for my children; my family.


So on the fifty-eighth step, as I view the distance I have traversed and turn to move on to higher ground, I count the years and I praise God for His tender, loving mercies and grace. I am satisfied that as I have grown older and gained in years I have also grown up and gained in wisdom...and that process of growing up and learning has not ceased. I am still growing! Now isn't that something to be happy about!