A Letter To Santa Claus 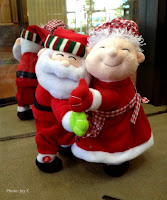 A heartwarming letter to Santa written by Benedict Cumberbatch. I came across it on the internet. I do hope I'm not infringing on any copy write. Here are excerpts from the letter. It touched a chord in my heart.
(Benedict Cumberbatch, is a British actor best known for his role in the BBC television show Sherlock Holmes. He has also appeared in Hollywood films such as Tinker Tailor Soldier Spy, War Horse, Star Trek: Into the darkness, and The Hobbit: The desolation of Smaug, and The Imitation Game.)

So my friend has asked me to write to you...I must confess it's been hard to know what to say. Mainly because like most adults I feel preposterous asking anything of you because our time with you is done.

Now, we get our presents, control our own fates, take responsibilities for our own actions, and live in the world we have created....so it's not for us to turn around and plead for your help with the environment, the migrant crisis, the NHS, education food banks, human rights, fundamentalism and wars. Though God knows we need all the help we can get with all these man-made problems and more.

And it's not that you aren't compassionate and full of joy. You're great. Inspite of you being changed into different colours for corporations and being bastardised to represent materialism gone mad - despite probably originating in some season based pagan druid ritual a million thought miles from requests for spontaneously combusting hoverboards.....kidadults cynically pointing this out after having their moment of belief in you are wasting everyone's precious time. Because you are not for them. You are for the children. Children who need some magic in a world where the borders between innocence and responsibilty, playful imagination and cold adult obstacles are continually shrinking.

This is what I'd like to ask you to help with. A little more time for children to be children. Stretch the moment of magic and playfulness. Distract them from the realities of a world gone mad so that they can laugh with their breath rather than sob with their tears. Especially those caring for family members, or suffering illness, hunger or poverty. Especially those hiding in buildings as bombs rain down or be handed shaking with fear or cold into a boat to escape environmental disaster or war. Please help to light up their worlds with a moment of joy and hope....

Spare a thought too for those millions who want to write to you but for illiteracy can't. Hear their words and help to give them the time and chance to learn to read and write so they can better their lives and escape their impoverished beginnings.....

I feel a little sorry for you. And I guess I've done exactly what I said I wouldn't....asked you to help with adult problems and solve some of the greatest worries we have for our children. I promise to leave some extra Port and mince pies for you.

I find this a beautiful 'prayer' and one I would say to God. Having said that I do believe this request for our children is so urgent and more than toys and eats if one were to actually ask for anything, it must be for a safer and better world for them. Compared to what it was when we were kids, and then when my kids were young, it's scarier, more unsafe, and an unhealthy place for our present generation - in terms of the environment, safety & security, and war.

Wishing all of you Happy Holidays! To those who celebrate Christmas - have a merry and blessed Christmas.